Malmö has over the last ten years developed into one of Europes biggest skateboard metropoles. When Bryggeriet skatepark opened up in 1998 it was the start of an enormous development that resulted in three world class skateparks. Stapelbäddsparken set the standard for future outdoor parks and hosting the world cup skateboard event Quiksilver Bowlriders Malmö has made a name for itself in todays skateboard world.

To develop skateboarding further and to show everyone all that Malmö can offer we will in 2009 host three international competitions at three different skateparks. This way Malmö will show a wider side of what the city offer as a skateboard city with events that runs all through 2009. World class!

These are the following events; Malmös newest skatepark was built last spring/summer in 2008 by Bryggeriet. The park is placed in Sibbarp, a nice and green part of Malmö located just by the sea.

Many of Europes best skateboarders will be coming to Malmö to participate in the event Malmö D.I.Y. It will be a day filled with skate activities, BBQ, live music and most important sick skateboarding. The theme of the event is ”Do It Yourself” to inspire further development in skating, music and the park. This event will evolve, grow and be a yearly happening. Malmö D.I.Y is in cooperation with Carhartt. Stapelbäddsparken is one of the worlds most famous skateparks. It was built in 2005 by Stefan Hauser from the US. The park has won many different awards and nominations over the years.

Malmö Ultra Bowl will be two days filled with pool skating, fingerboard, live music, best street trick, jumble sale and other fun happenings around the park. Skaters from Sweden, Europe and the US will make this event to one of the gnarliest events of 2009. Every year the pool is painted by an artist and this year we have the honor to present the fantastic David Shrigley out of Glasgow Scotland. More detailed information will follow later on. Bryggeriet celebrated ten years in existence in 2008. Constant development on the park and lots of new and interesting events makes Bryggeriet to one of the finer skateparks in Europe.

In 2009 there will be a series of Wild In the Parks competitions all over Europe to qualify for the big final in Malmö hosted by Bryggeriet Skatepark. The final could be equally regarded as the European Championships in Street skating. Bryggeriet will offer a totally new street course to make this event one of the greatest international street contests in 2009. Wild in the Parks is in cooperation with Volcom. 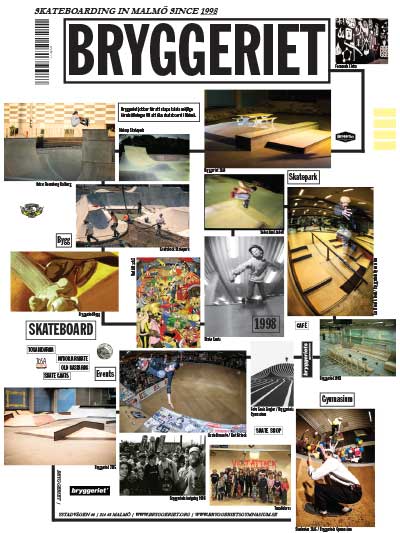 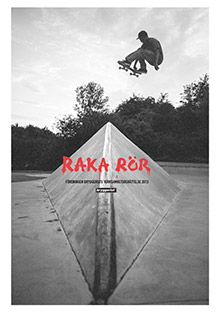 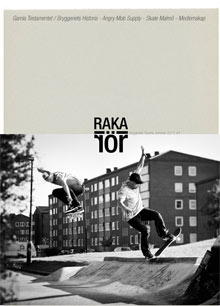